21 June 2019, Brussels – More than 50 young activists from The ONE Campaign, made their voices heard at the European Development Days, this 18-19 June, calling on European leaders to take action to empower women and girls in the poorest countries. In the context of this year’s theme of addressing inequalities to ensure no one is left behind, ONE Youth Ambassadors held a workshop on their experience driving Europe-wide campaigns against extreme poverty and took part in debates with international development experts discussing the critical need to invest in reducing gender inequalities. They also had the opportunity to interview passionate European Development Day Young Leaders like Sandra Ajaja, Mwala Mooto and Inota Cheta working to empower women locally with job-related skills; and meet with inspiring activists like Mari Malek, South Sudan’s first female DJ, as well as politicians like Samira Bawumia, Second Lady of the Republic of Ghana and Margarita Cedeño, Vice-President of the Dominican Republic who stressed the importance of achieving gender equality and promoting change from the ground up.

Laura Visan, 31, said:  “At every stage in life, girls in extreme poverty are denied a fair chance. They are less likely to go to school than their brothers, more likely to be infected with HIV, and later in life, denied the right to own the land they farm or bank the money they earn. I am proud to be at the European Development Days to raise awareness on these injustices and the fact that we cannot end poverty without gender equality. ” 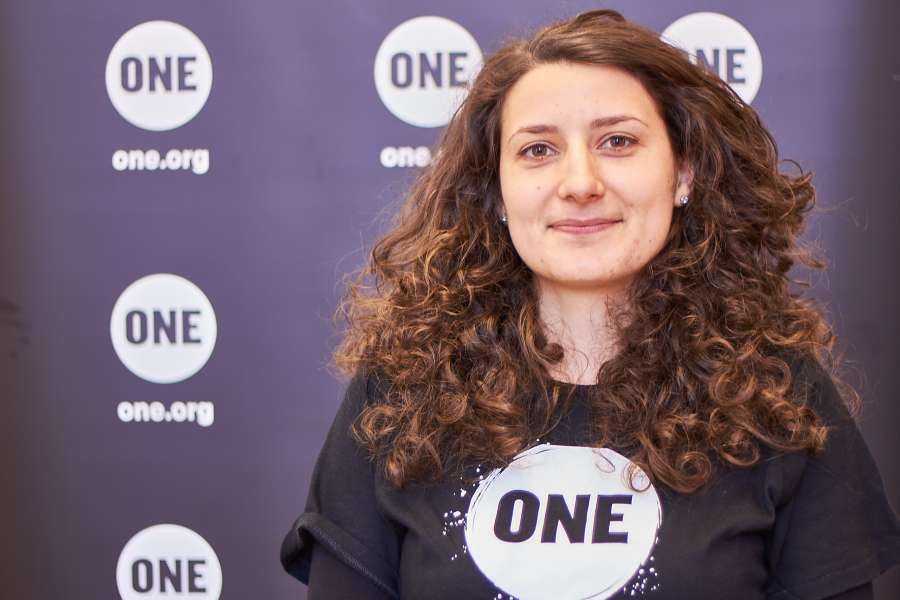 Friederike Röder, EU and France Director at ONE, said: “ At current rates of change, it would take another 108 years to achieve gender equality. We are very lucky to have such a passionate and energetic group of Youth Ambassadors playing a key role in ensuring gender equality remains on the EU’s agenda – particularly in light of the upcoming G7 summit in Biarritz, France. Globally, no nation provides women with as many opportunities as men, but the gender gap is wider for women living in poverty. The Biarritz summit in August is a vital opportunity to make a difference, stressing we cannot move forward if we leave half the population behind. With this in mind, we need the EU to continue being a champion on gender equality and show leadership in increasing finances for long-term development, adopting binding gender targets on foreign aid.”

ONE is a campaigning and advocacy organisation taking action to end extreme poverty and preventable disease, particularly in Africa. Not politically partisan, we raise public awareness and press political leaders to combat AIDS and preventable diseases, increase investments in agriculture and nutrition, and demand greater transparency in poverty-fighting programmes. Read more at www.one.org

ONE Youth Ambassadors are a dedicated team of volunteers across Europe, chosen through an open application process, who campaign to end extreme poverty. They engage decision makers, work to raise the profile of ONE campaigns, and encourage the public to support ONE petitions and other actions through online activity and local events.

The 2019 group will be campaigning on girl’s education, transparency, development and health to help ONE achieve the goal of ending extreme poverty by 2030. To find out more and what we’ve done in past years, go to one.org/youthambassadors.

About the European Development Days

Organised by the European Commission, the European Development Days (EDD) bring the development community together each year to share ideas and experiences in ways that inspire new partnerships and innovative solutions to the world’s most pressing challenges. Read more at www.eudevdays.eu