November 5th to November 13th 2015.
Free event, open to the public
All films will be screened in Romanian with English subtitles. 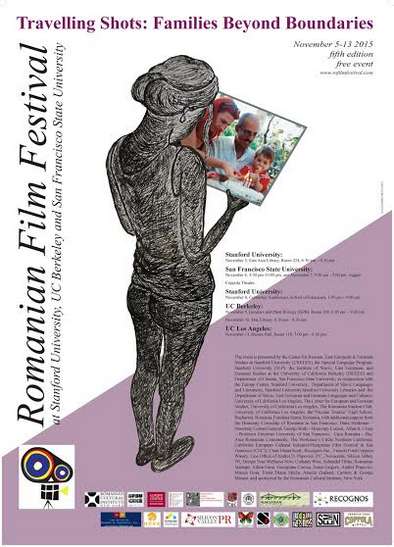 The 5th edition of Romanian Film Festival at Stanford, UC Berkeley and San Francisco State University, centers on the theme „TRAVELLING SHOTS: Families beyond boundaries”.
The selection of films brings up individual destinies shaped by the particularities of family and place. Either at first works, or as established artists, these filmmakers have all received international acclaim for their bold and exceptional storytelling.

The Happiest Girl In the World, directed by Radu Jude, comedy, Romania & Netherlands, 2009

The Romanian film festival continues its series of interdisciplinary and comparative discussions on the realities of Eastern Europe in today’s increasingly globalized world, as seen from a Romanian perspective.

The audience will have a unique opportunity to hear from our special guests, directors Oana Giurgiu, Teodora Ana Mihai and Andrei Gruzsniczki, during our Q&As and panel discussions.

The screenings will take place as follows: