23 March constitutes an important day in the life of every Pakistani. Almost eight decades ago, on this very day (23 March 1940 to be precise), the largest Muslim representative political party in the British Indian Empire, the All-India Muslim League passed a historic “Lahore Resolution” at its General Session held in Lahore. The resolution laid the basis for a separate statehood for the Muslims of the subcontinent. It took another seven years before the Muslims of Subcontinent realized the dream of a separate homeland that was Pakistan (meaning: The Land of the Pure).

On the eve of independence, Pakistan had to start its economic development almost from a scratch. It had a narrow industrial base and the economy of the country was of a very basic and rudimentary form. However, through sheer commitment of its people to building up their country, Pakistan today prides itself in being a trillion dollar economy based on sound industrial foundation. Within the club of trillion dollar economies, Pakistan is now the world’s third fastest growing economy as well.

There are a lot of credits to Pakistan’s fast pace economic and social development today. Being the third largest English speaking country in the world, Pakistan possesses a booming; highly technical; well-trained and professionally groomed middle class. The social balance in the country can be gauged from the fact that Pakistanis are the happiest nation in the region leaving other neighbouring countries far behind. On economic side, the share of Pakistan’s poorest 20% of households in the country’s national income has increased from 8.1% to 9.6% since 1990. It is therefore the highest share of income for the bottom income quintile in the region. Today, Pakistan is the world’s fastest growing steel producer and the fifth largest motorcycle market in the world. The technological fast track of the country can be best estimated from the fact that Pakistan prides itself in having over 50 million broadband subscribers. Pakistan is also ranked among the biggest and fastest growing mobile broadband markets in the world. Through resilience and dedication of the Pakistani nation, the country today has also a strong agricultural base. It is the world’s fourth largest cotton producer and the fifth largest mango producer. Pakistan is also among the top producers of wheat, dates, sugarcane, pulses just to name a few thus truly emerging as a breadbasket for the region.

Pakistan and Romania have enjoyed cordial relations ever since the establishment of formal diplomatic relations in 1964. Romania is considered by Pakistan to be an important country and partner in South Asia. The relations between Pakistan and Romania were particularly robust during the 1970s and 1980s as there was sizeable barter trade, economic activity and exchange of visits between the two countries. Romania assisted in the setting up of the National Oil Refinery at Karachi and also helped establish cement and fertilizer plants in Pakistan. Since its joining of the European Union in 2007, Romania has expressed considerable goodwill to further enhance its relations with Pakistan in all fields. 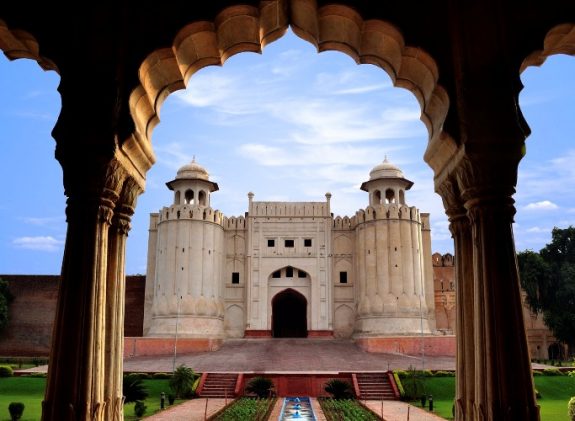 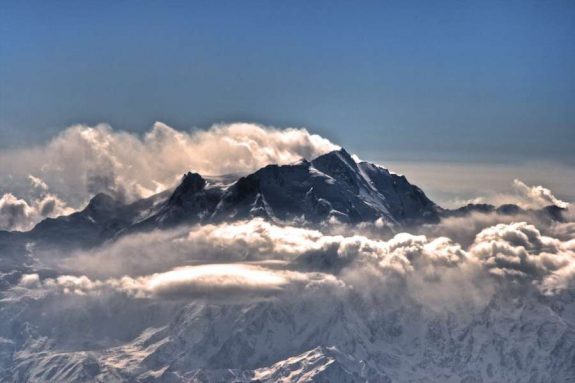 During the past few years, the high level political interactions between Pakistan and Romania have picked up pace. Speaker of National Assembly of Pakistan visited Romania in March 2016. Former Adviser to the Prime Minister on Foreign Affairs, Mr. Sartaj Aziz held a meeting with the then Romanian Foreign Minister Mr. Lazar Comanescu on the sidelines of the 11thASEM Summit in Ulaanbaatar, Mongolia on 16 July 2016. Minister for Defence Production of Pakistan paid a visit to Romania in August 2016.

Pakistan offers multiple opportunities to interested International and Romanian business enterprises.Since 2013-14, the Pakistani economy has witnessed a smooth upward trend in growth rate.  Real GDP growth was above four percent in 2013-14 and has smoothly increased during the last four years to reach 5.28 percent in 2016-17, which is the highest in 10 years.

It is widely acknowledged today that Pakistan has immense economic potential. According to a report published by Price Water House Coopers in 2017, Pakistan is projected to become the world’s 20th largest economy by 2030 and 16th largest by 2050. Several other reputed international publications such as Bloomberg, Economist etc. have also acknowledged the impressive economic gains of Pakistan in the last four years.

Pakistan’s ranking in the World Bank’s Ease of Doing Business index has improved by four points to 144 out of 190 economies in the Doing Business Report 2017 and the country has been recognized as one of the top ten reformers globally in the area of business regulation.

All the above indicators are a depiction of the strength of the Pakistani economy. It is ripe time that as the world business community is flocking towards Pakistan to explore its vast business potentials; the Romanian business community does not miss this bus either.

The trade volume between Pakistan and Romania stood at US$ 58.4 million during 2017 with a balance of trade favoring Romania. Romanian exports to Pakistan in 2017 accounted for US$ 33.09 million while Pakistan’s exports to Romania amounted to US$ 25.31 million for the same year. Pakistan is importing oil seeds and oleaginous fruits, machinery and its parts, petroleum & chemical elements as well as compounds from Romania. Pakistan’s major exports to Romania include chemical material and products, material of animal origin, cotton fabric (woven), synthetic fabrics and manufactured textile goods. Owing to the immense trading opportunities between both countries, Pakistan-Romania bilateral trade can be taken to a much higher level.

Today, Pakistan and Romania are collaborating in a number of other fields beside business and trade. These range from defence collaboration to cooperation in the field of education. Just to refer to an example; Romania’s renowned Polytehnica University is currently collaborating with different research institutions of Pakistan. Furthermore, a number of other Pakistani universities have also expressed interest in enhancing institutionalized collaboration with Polytehnica University of Bucharest.

Pakistan and Romania are also focusing on enhancing cultural footprint in each other’s social milieu. Recent manifestations of these in Bucharest were the biggest ever Pakistan FlashMobin the world organized by the Embassy of Pakistan in Bucharestin 2017. Similarly, quite recently, the Embassy of Pakistan, Bucharest arranged the first ever Pakistan Film Festival in Romania and Eastern Europe in Eforie Cinema (Bucharest). This three-day event attracted huge Romanian audience and media coverage. The festival is now likely to become an annual flagship cultural festivity brought to Romanians by the Embassy of Pakistan in Bucharest. A number of Romanian artists and musicians are increasingly performing in Pakistan nowadays. This is an extremely positive development and self-explanatory in terms of the role that Pakistan has now reassumed as the cultural centre of South Asia.

The narrative of Pakistan-Romania historic relations would be incomplete without the mentioning of the vibrant Pakistani diaspora resident in Romania. Though, a relatively small community of around 300 individuals, the Pakistani diaspora in Romania is a law abiding, hardworking, professional and enterprising group which is not only contributing towards the betterment of Romanian economy but is also bringing accolades for Pakistan.

As this year like before, the Pakistanis resident in Romania celebrate their National Day along with their brethren around the world, the friendship between Pakistan and Romania also gets stronger like ever before. It is hoped that during the years ahead, both Pakistan and Romania will continue to further strengthen their partnership for the mutual benefit of their peoples.