Nadia Comaneci collected her set of perfect tens at the Olympic Games in Montreal in 1976 at the age of 14. But if she was 14 and the greatest gymnast on the planet in 2012, she would not be permitted to take part in the London Olympic Games. She would be too young. In 1997, the rules were changed and all competitors must be at least 16. Comaneci is all against it.

“To be a champion at 16 you must be a great gymnast at 13,” she said on Friday. “You must be doing all the work before you are 16. And kids want to learn, kids can be ready at 14. To be so protective to girls — it’s discrimination. Some girls are much tougher than boys.” 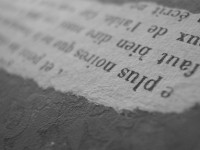 Of course the reason for the change in age was because of the fear that young girls are bullied, pushed too far, exploited, abused. Comaneci believes that this was never the case for her. “I was not forced,” she said. “It was my decision. I used to work seven hours a day, I was happy to do this.

“It is important that people look at the skills of young girls and appreciate them, rather than feeling protective. You should be saying, ‘Aren’t you great,’ not, ‘Oh, I feel sorry for you. Oh, don’t jump up and down so much, you might break an ankle.’ ”

She is strong on safety, as a coach should be, and thinks that wise coaching makes the sport as safe as it can be. “You get hurt when you are not ready to perform the skill, when you try something without preparing for it fully,” Comaneci said. “You should try a new move when you are 80 per cent certain — not 50 per cent.”

Her 3½-year-old son, Dylan, can already do a front flip. She laughed, not a rare occurrence. “But when he does the front flip, I am saying, ‘Oh, be careful, don’t do it,’ ” she said. “But if he wants to train as a gymnast, he will do it.”