The exhibition is open until December 5th, 2017 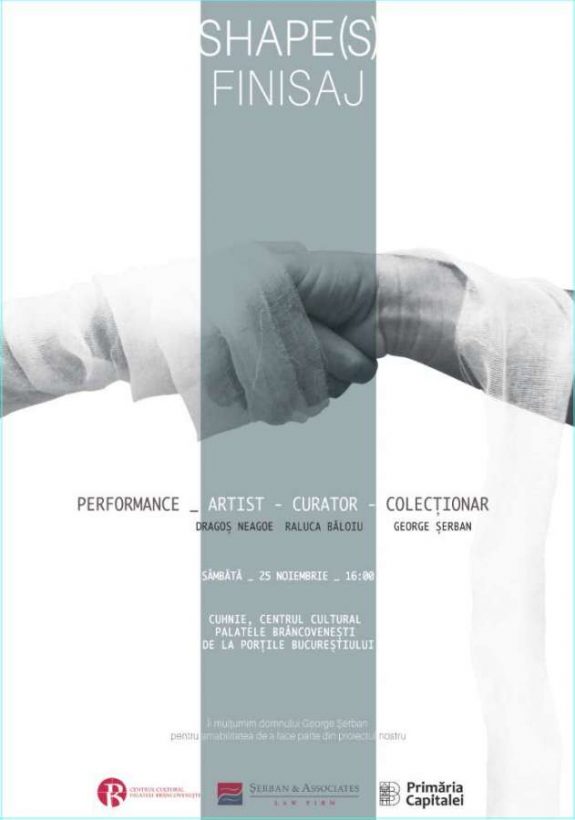 The sculpture of Dragoş Neagoe draws out the principles of the shape from classicism, it is inspired by modernity and it develops against a postmodern background. Shape(s) Exhibition shows the stages of deconstruction, the artist’s discourse can be interpreted as an alteration of the shape or of the sculptural tradition inside a postmodern culture. The artistic path in Dragoş Neagoe’s exhibition unfolds the recovery of the classical shape obtained by means of the cultural memory (the artist sets his landmarks belonging to different periods from Michelangelo Buonarroti to Alberto Giacometti and Jannis Kounellis in a very clear manner) but also by means of the social memory, by being a bee keeper for eight years. D. Neagoe’s exhibition is a type of protest discourse against using extremely toxic pesticides in apiculture. Their use leads to the depopulation of bee families and to a high degree of mortality among bee families (from a statistical point of view, this phenomenon affected 85% of bee families in Romania in 2016).

Dragoş Neagoe creates his sculptural objects from insectaries and he develops real bee compositions. The entire visual alphabet creating the bee keeper’s reality – beehives, honeycombs, bees – is reflected in sculptural objects, in bas-reliefs or installations. D. Neagoe gets closer to nature, as imagined by his predecessors, such as Jannis Kounellis or Giuseppe Penone, in arte povera. By collecting bees, placing them on lamellas and putting them on microscope, D. Neagoe becomes a researcher who exhibits his bee collection in the form of a “wunderkammer” (curiosity study), which is quite frequent in 19th century art.

Dragoș Neagoe lives and creates in Bucharest; he is a member of the Union of Visual Artists, Sculpture Department. He attended the sculpture courses of Bucharest University of Arts, class of Vasile Gorduz and Adrian Pârvu (2002, BA; 2004, MA). Between 2005 and 2008 attended an intensive restoration-preservation course on mobile heritage. D. Neagoe had exhibitions within Arte in Bucharest (where he was rewarded with the 3rd place for his piece of work “Any life contributes to history” in 2016), he had personal exhibitions at Funnel Contemporary Art Gallery and Simeza Gallery, at ArtYourself Gallery, he was nominated to the Prize for Sculpture at Salonul Arte in Bucharest. He is a member of NEURON group with whom he had exhibitions in different places (Palatele Brâncovenești de la Porțile Bucureștiului Cultural Center, Mogoșoaia). D. Neagoe had group exhibitions at Artmark Galleries and had public commissions: the bust of “Nicolae Crevedia” of Crevedia Mare commune and “Saint George” monument of Vânătorii Mici commune. Between 2012 and 2013 he held intensive apiculture courses at ICDA Bucharest, with specialization in France (2015).

This event is organized by CCPB and Bucharest City Hall

This event is sponsored by George Şerban, collector and by Șerban & Asociații Attorneys-at-Law