As part of the International Day for the Eradication of Poverty, the European Commission, together with the Polish Presidency, is bringing together around 400 policy-makers, NGOs and experts in Krakow, Poland, 17-18 October, to look at the progress made on the EU’s target to lift at least 20 million people out of poverty and social exclusion by 2020. 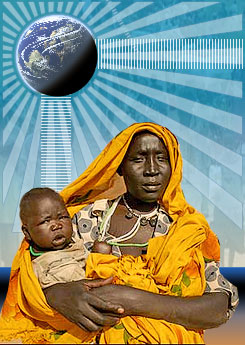 In spring this year, each member state committed to its own national target, to reach the EU overall headline target. For the First Annual Convention of the European Platform against Poverty and Social Exclusion, an analysis of different national targets was carried out – this was a complex exercise, since countries can use a variety of indicators and strategies to underpin their targets.

László Andor, EU Commissioner for Employment, Social Affairs and Inclusion, said that: „the current estimate is that around 12 million people will be lifted out of poverty and social exclusion by 2020. If we take into account spill-over effects of strategies focussing on, for example, combating child poverty or reducing long-term unemployment, this number will hopefully be increased by 25% but even in this case, we are 5 million persons away from the collective ambition set by the headline target set in June 2010. This is not good enough. We must strengthen our resolve.

Commissioner Andor added: „In a climate of fiscal consolidation, it is not easy for Member States to make strong commitments in this area. Yet fighting poverty is a social investment. It’s for the long-haul. My hope is that this Convention will be a real stepping stone towards countries setting more ambitious targets. Because we need to get much closer to the target of lifting at least 20 million people out of poverty by 2020.”

The First Annual Convention of the European Platform against Poverty and Social Exclusion will put forward proposals for action in areas like family and children policies, youth employment, as well as presenting ideas on how social innovation can support active inclusion policies and how to the social economy can be a source of jobs. The ideas and results of the two-day Convention will be presented to employment and social affairs ministers at their meeting on 1 December in Brussels.

During discussions, Commissioner Andor presented latest actions of the Commission, contributing to the fighting against poverty in Europe: „Ten days ago, the Commission proposed to increase the budget for the next generation of European Social Fund programmes by at least 7.5%. This is around €84 billion or 25% of overall Cohesion Policy from 2014 to 2020. Currently, 13% of the total ESF allocation is devoted to actions promoting social inclusion. We have proposed to increase it to at least 20%.”

Images and photos from the conference, site visits and from the press conference of Commission Andor and Polish minister of Labour Jolanta Fedak will be available on Europe by Satellite (EbS), at http://ec.europa.eu/avservices/ebs/schedule.cfm

National videos and b-rolls for journalists, on the theme ‘Getting out of poverty’ are available in the AV library of the European Commission.

Details about the convention and the projects visited by the Commissioner Andor and the other participants to the Convention are available here.