STEPdoc 2010, a mobility grant of £1,500 for emerging Romanian documentary film-makers 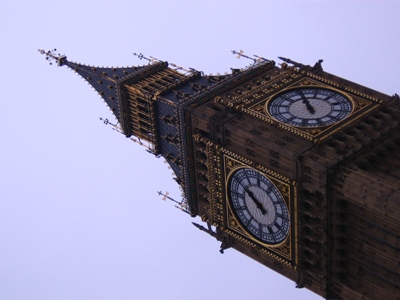 STEPdoc consists of a mobility grant per year, worth £1,500, which allows a Romanian film maker at an early stage of his or her career one month of immersion in the UK documentary culture. The STEPdoc mobility grant is to be used for the individual research of a specific project set in the UK and / or for networking with a UK-based company in view of developing of a common film project.

The call for applications for STEPdoc mobility grant is launched in the spring of every year. The process of application for STEPdoc is open to documentary film-makers of Romanian nationality working on creative documentary projects that relate to Romania or involve Romanian subjects – without necessarily being shot in Romania. Preference is generally given to applications submitted by individual film-makers or independent producers. A proven commitment of the applicant to documentary form is desirable but not compulsory.

The selection of the winning project is made by the Ratiu Foundation Board of Advisors. The successful applicant is personally notified in writing, and announced publicly through press releases before the end of the year.

The application for STEPdoc consists of the following documents (in English):

Whilst in the UK, the grant recipient make their own accommodation and living arrangements. Advice, directions and suggestions on networking with UK-based film organisations and/or professionals is freely given to the grant recipient by the Board of Advisers. The Ratiu Foundation and STEPdoc are acknowledged by displaying the logo of the Ratiu Foundation in the credits of the films.