Between 16 and 29 July 2015, in Sinaia, takes place EUROPAfest Summer Edition, an event under the High Patronage of the Royal House, which includes concerts of classical and jazz music for the large audience and master-classes for the musicians who want a successful career.

The first event, simultaneously launched in the entire Europe, Summer Music Academy Sinaia is organised by jmEvents and European Music Academy – France in partnership with Sinaia City Hall. The event offers master-classes at international standards, for violin, viola, cello and flute under the lead of elite artists and teachers from famous european academies. 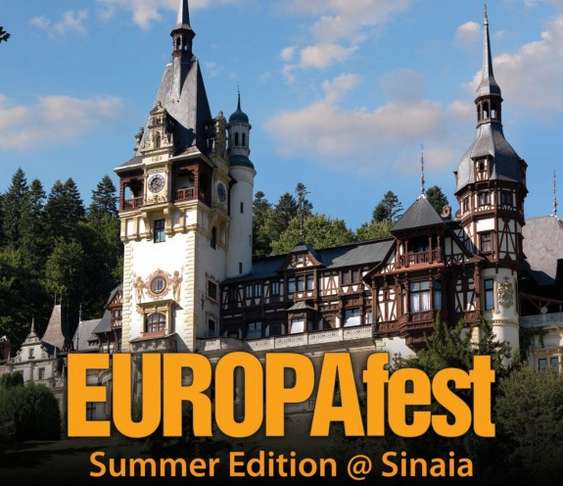 Over 200 individual classes will be followed by sessions of coaching, mentorship and career counseling. After 5 successful editions in France, the event is at its 4th year in Romania, enjoying success. Until now, over 300 musicians from Belgium, France, Netherlands, USA, China, Ireland, Costa Rica, Germany and Romania have benefited from the classes of the summer academy, having notable results.

Summer Music Academy Sinaia addresses the young artists, up to 30 years old. Registrations can be submitted until 15 June. More details can be found on the organiser’s website: www.jmevents.ro

Luigi Gageos, EUROPAfest Director, states „Through these events we wish to offer to the large audience, both Romanians and tourists, an oasis of relaxation, far away from the crowded cities, with magical summer evenings, to put Sinaia – a city with stone paths leading to the Castle – on the map of the major events, as one of the most beautiful cultural – touristic destination of Europe”.