Toronto International Film Festival is currently seeking submissions for its Wavelengths programme, now in its 15th year. Named for Michael Snow’s seminal 1967 film, Wavelength, TIFF’s avant-garde showcase is a unique forum for international film and video art hosted within the context of one of the world’s largest and busiest public film festivals. Prizing formal innovation, original expressions and social engagement, Wavelengths strives to provide a thoughtfully curated selection of artist-made film and video presented in the cinema. 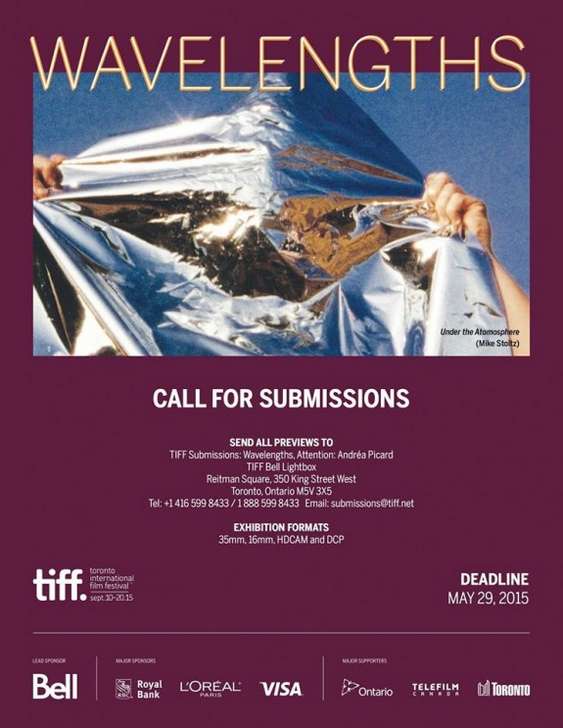 Wavelengths is presently accepting new works (2014–15), as well as recent restorations of formative films from the avant-garde. TIFF prefers that all short and feature films presented are, at minimum, North American premieres. Programming suggestions and referrals are equally welcome.

There is no official submission process for Wavelengths, no forms to fill out and no entry fee. However, please be sure to include a detailed description of the work, its title, year of first public screening (tentative premieres can be listed as 2015), country of production, run time, final exhibition format, screening history, as well as the artist’s name and contact information.

All DVD previews should be received by May 29th, 2015 and sent directly to: