Think Italy, not vampires
A fondness for the U.S. is in Romanians’ blood

Bran Castle, a Romanian landmark widely thought of as Dracula’s castle, is now a museum open to the public. (Daniel Williams/the Washington Post) 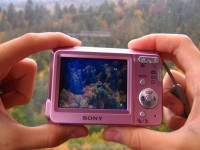 I say Romania, you say . . . Dracula, right? Well, put a stake through the heart of that outdated association, say Sheilah Kast and Jim Rosapepe, authors of the new book „Dracula Is Dead: How Romanians Survived Communism, Ended It, and Emerged Since 1989 as the New Italy.” Rosapepe, a former ambassador to Romania, and his journalist wife Kast recently spoke with Travel deputy editor Zofia Smardz about Romania’s resurgence and the realities and pleasures of traveling there. Excerpts:

Q. Romania the new Italy? What do you mean by that?

Rosapepe: We mean it is a country that punches above its weight class in history, in culture, in creativity and in attractiveness to Americans who visit. Another thing is cultural similarities. My Italian colleague when I was there said that Romanians reminded her a lot of her own people in that they are stronger on spontaneity than on discipline. As the Italian ambassador to Romania, she found herself caught between two spontaneities.

Kast: Also, Romanian is a romance language, the one closest to the Latin that was spoken by the Roman soldiers who were there two millennia ago. The Romanians think of themselves as Latins. They talk about themselves being an island of Latins in a sea of Slavs.

Q. Do you find much interest in Romania among Americans?

Rosapepe: There are deeper and broader cultural ties between the United States and Romania than you would think. In Transylvania, we were constantly running into American Unitarians. Transylvania is the Holy Land of Unitarianism. If you go to a Unitarian church in the United States, you’re going to find someone who’s been to Romania and someone about to go to Romania. And Romania had a very large Jewish population before World War II; about half perished in the Holocaust, and most of the rest emigrated during the communist period, many to the United States. The most famous example is Elie Wiesel. We wrote a section on his home town, what happened there during the Holocaust.”

The complete article on washingtonpost.com